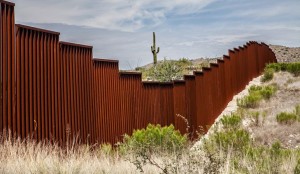 We often hear people say that “we are a nation of immigrants” or that “this nation was built by immigrants” as if that somehow justifies the liberal attitude many people hold regarding immigration. These comments seem to have their origin in the great migration from the late 1800s to early 1900s when many people emigrated from Europe. Some of the immigrants who arrived no doubt had criminal intents but most, like my great grandfather, who immigrated to America legally in 1882 came mostly in search of greater economic opportunity and to fully assimilate into the American culture. This was 66 years before the Displaced Persons Act of 1948 which authorized for a limited period of time the admission into the United States of 200,000 certain European displaced persons for permanent residence.

I, like many others, was born and raised in a city with several large immigrant populations. Among them were the Germans, Polish, Italians and Irish many of whom who came to the city to work in the steel mills or came with skills to start their own businesses as my great grandfather did. While some members of these populations tended to concentrate in their own ethnic neighborhoods they also brought an enjoyable diversity of culture and foods to the city as a whole; a process that has repeated itself in many major urban areas of our country. Perhaps this is why today’s immigration problems are so heart wrenching and difficult to discuss.

The intent of this blog post is to present some history on the complex problem of immigration in light of some issues that have come up in recent years and to finally offer some suggestions for change on both sides of the immigration equation.

The recent change in the mission statement of the United States Citizenship and Immigration Services (USCIS) from America being a nation of immigrants to administering the nation’s lawful immigration system is most welcome because its focuses on rationality and objective measures rather than on hard to deal with issues of emotion which are difficult to legislate. So in 1924 Congress passed the Immigration Act that established a limit on how many migrants will be accepted into the country usually on an annual basis.

The issue of immigration has always been controversial and over the years numerous acts have been passed to get some sort of control on unchecked immigration: 1965, 1986, 1990 and 1996. The 1986 act was particularly noteworthy when then-President Reagan gave amnesty to millions of illegal immigrants in exchange for implementation of a number of controls aimed at stopping illegal migration. Of course, those controls were either never implemented or enforced.

We seem to be divided between the “bleeding hearts” and the “legalistic” when it comes to immigration. The Week magazine quoting the National Review put it in more PC terms by saying the system “starkly pits humanitarian concerns against enforcement.” The “bleeding hearts” take a possibly over empathetic and companionate view, not that there is a problem with this, and seem to want an open free-for-all that includes such things as; DACA, Dreamers and chain migration (euphemistically referred to as family reunification).  Did Congress not see this coming years ago? And what of the so-called dreamers many of whom failed to submit the necessary forms to renew their status. There’s plenty of blame to go around.

On the other hand, the “legalistic” folks hold that we should enforce the established immigration laws which Congress has failed miserably to provide for. Our government can’t even seem to manage to enforce visa restrictions or curb the influx of refugees and unaccompanied minors crossing our borders illegally.

This gross failure to enforce the laws passed by Congress has brought us to where we are today. What is particularly troubling is that unlike the great migration over 100 years ago where people were proud to come to America and made every effort to assimilate including learning English. Today we see that recent immigrants want to form ghettos or enclaves where they can carry on the dress and language of their homeland using the excuse that they are preserving their culture. This often results in conflict in spite of local efforts to understand “the other.” It has to be asked that if these immigrants wanted to carry on their homeland culture and language why they have bothered to come to America where their form of culture does not exist and may not be locally tolerated.

Exacerbating the illegal immigration problem is the idea of sanctuary cities. This idea makes no sense and is another indication of the “bleeding heart” mentality. Do these cities not receive some form of Federal tax dollars for law enforcement and do these cities not have some obligation or requirement to be an integral part of Federal law enforcement? So, what is it? Does a sanctuary city policy serve some humanitarian purpose or is it in place for economic reasons?

Another hot button issue is the idea that immigrants are doing the work that Americans don’t want. Surveys and the efforts of employers have shown that this is true. However, this is only because proper incentives have not been implemented for American citizens to seek and take those low wage hard jobs in agriculture, hotel service and construction industries; jobs that are typically taken by immigrants. It is interesting that immigrants or migrants will leave their home countries and travel thousands of miles to face uncertainty at the border then work a low wage job while out of work American citizens will not put forth the effort to travel just a few miles, by comparison, preferring instead to stay home and live on the dole.

We have also heard that if Americans want to stop illegal immigration then we should help other countries solve their domestic problems, including abuse by gangs, drug cartels and a succession of despots that result in this migration.

Ben Rhodes, former Obama speechwriter, speaking on the Commonwealth Club is of the opinion that the funds the U.S. gives to a foreign power, as was done in Columbia, is cheaper than having to deal with people flooding our immigration system. This may be so but it fails on many fronts. First, the migrants will still keep coming. Secondly, the funds need to keep flowing through a succession of failed state governments in order to maintain stasis. Finally, these failed states will, in all probability, use extortion to obtain these funds and still avoid implementing a permanent fix to solve the aforementioned problems involving their poor and disenfranchised populations.

The U.S. cannot nor should it be expected to subsidize the peoples of all failed states in the world either through humanitarian aid, the accepting of refugees or through some sort of support, which could be interpreted as interference in a sovereign country’s domestic affairs.

There must be some way to encourage people showing up at our borders for whatever reason to return to their countries and take some responsibility by standing up against the corruption and despots of their failed states. This will, as it often does, result in some loss of life but that, unfortunately, is the high price of freedom; a price that has been paid by many people and nations throughout history.

We, in the U.S., need to ask ourselves why we need immigration. What purpose does immigration serve? Some say it’s for the diversity. But for some communities unprepared to deal with this diversity it can be divisive and financially burdensome. Communities in which an immigrant is settled should not be burdened with the added costs or left to struggle with cultural differences.

The problem of illegal immigration can be laid directly at the feet of Congress who have passed many immigration laws dating back to 1924 but have failed miserably to put teeth into the legislation or to fund adequate enforcement, thus the many problems continue from migrants coming to take advantage of our social programs like free medical treatment in hospital ERs or to birth children in America thus making them U.S. citizens, one of many scams that illegal immigrants use for them to justify staying in this country.

The vetting of an immigrant should not only include the use of E-verify but also include the following questions:

This post was inspired by a three question survey on immigration from my congressman.